I was going to try and head up Mt. Cheam yesterday, but the high winds kind of deterred me from giving it a shot.  I know ... no sense of adventure right.  :).  So Sarah and I decided to head out to EC Manning Park for some snowshoeing.  Weather was overcast, but it wasn't snowing or raining and that is a good sign this time of year. Reggie had a tough time getting through the snow, so we stuffed him in the pack. 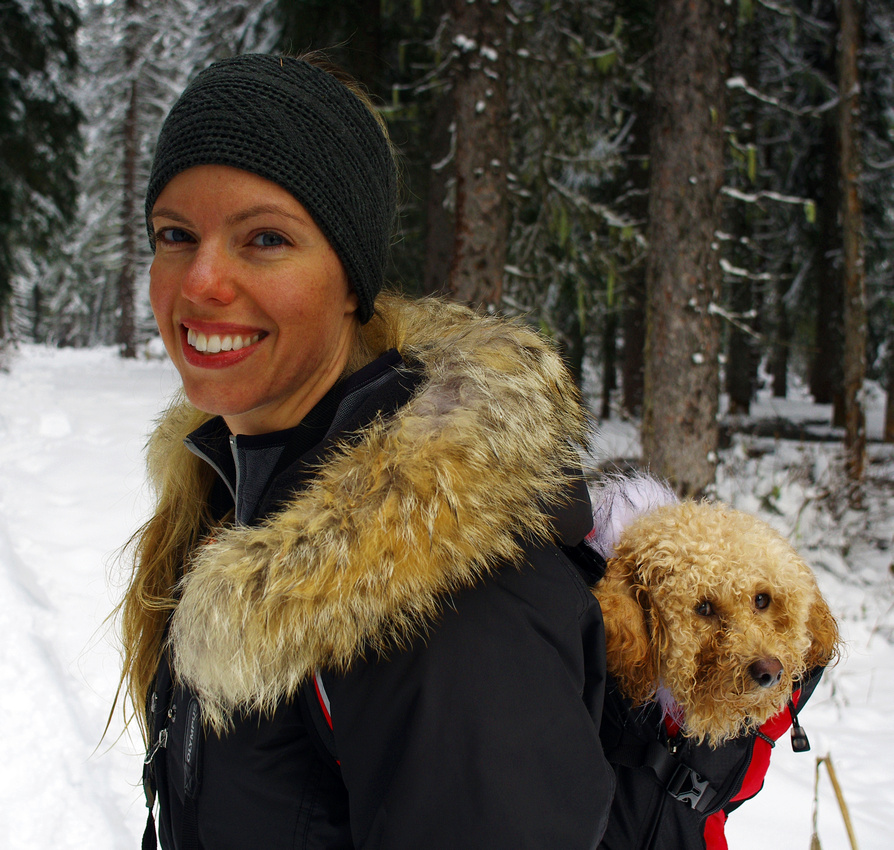 After about two kilometers from Strawberry Flats we decided to go on and check out Three Falls trail in hopes that Derek Falls might be frozen.  The park still has not groomed the main section to Three Falls trail, so we were trail breaking the entire way.

This was our first lookout along the trail. 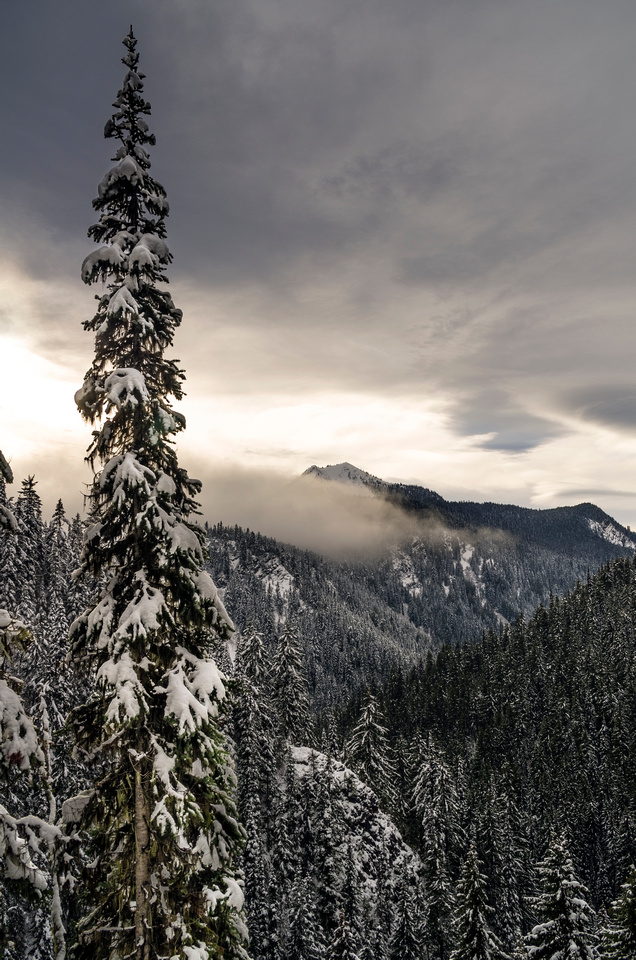 The views don't open up much, but when they do they are spectacular.  Not sure what that mountain is in the background and maybe someone can identify it for me.  Keeping along the trail I thought the snow might start melting, but it seems that being above 4000 feet is keeping everything in place. 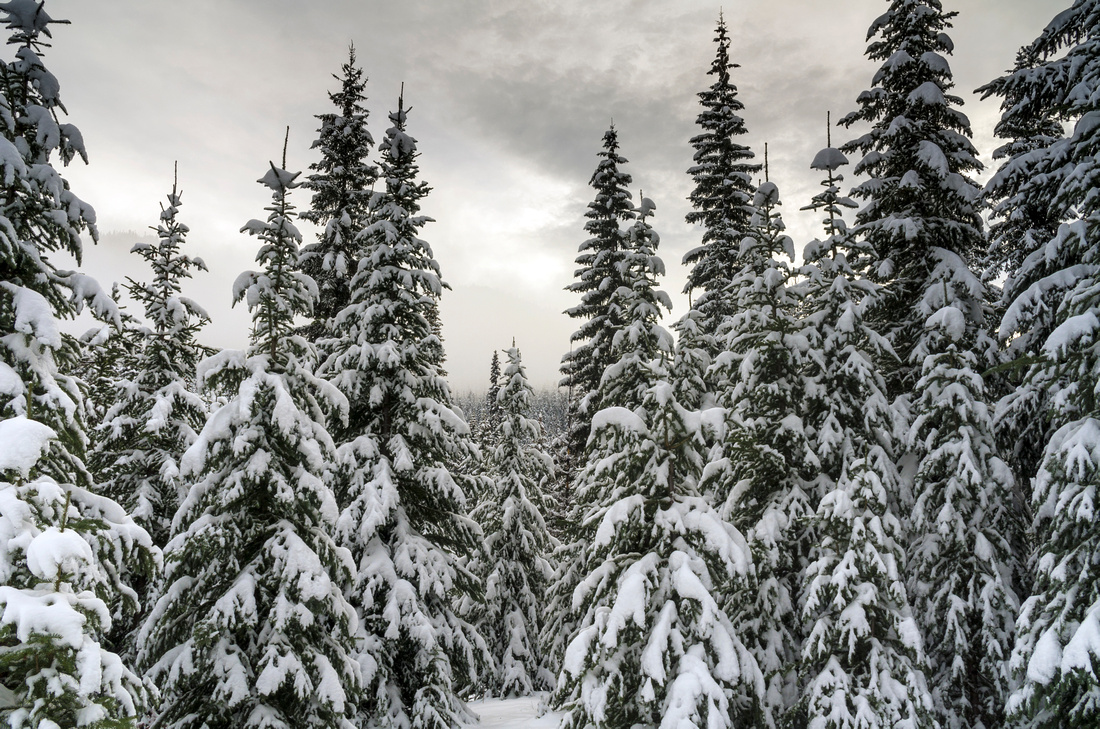 Kind of gets the festive feeling going with all this fluffy snow and Reggie in his little red outfit. 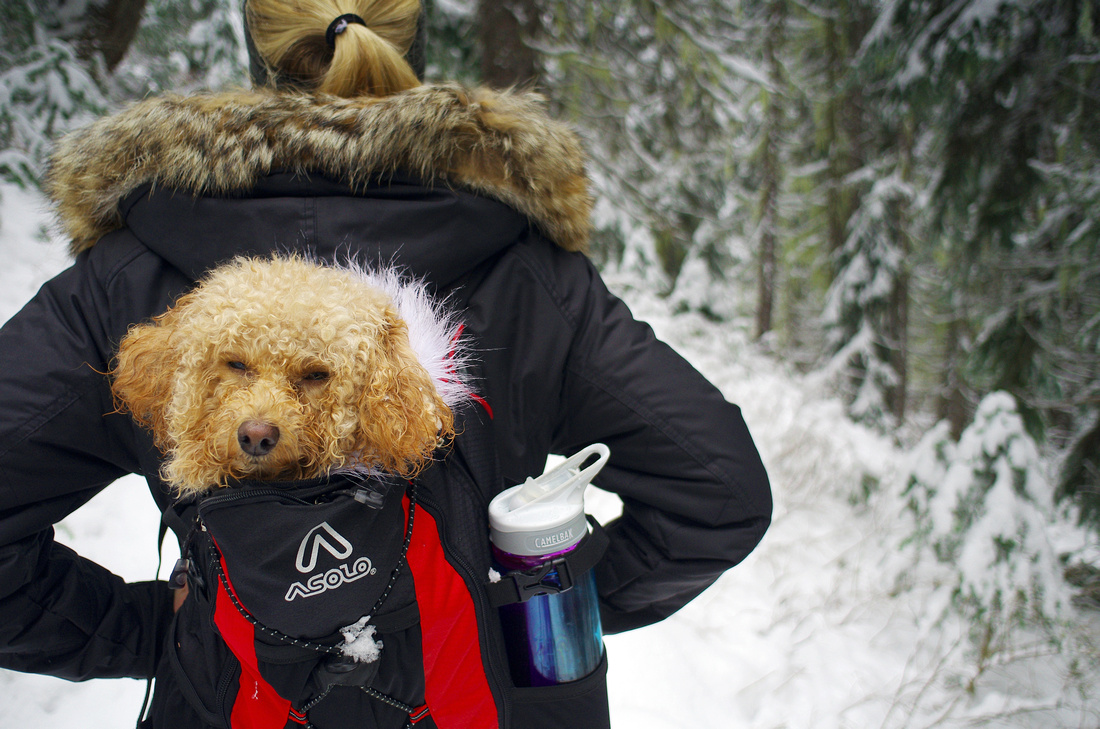 After finishing up the trail and back to the truck, the total kilometers on Sarah's Garmin was 9.9 km's.  It felt like 20 with my giant flat ground snowshoes.  I'm not snowshoeing again until I pick up some mountain shoes.  After packing up we headed down to Lightning Lakes to see if there would be a nice sunset.  Wrong ... weather was moving in and snow looked imminent.

The lake is not quite frozen enough to stand on, but it did produce some interesting fracture lines. 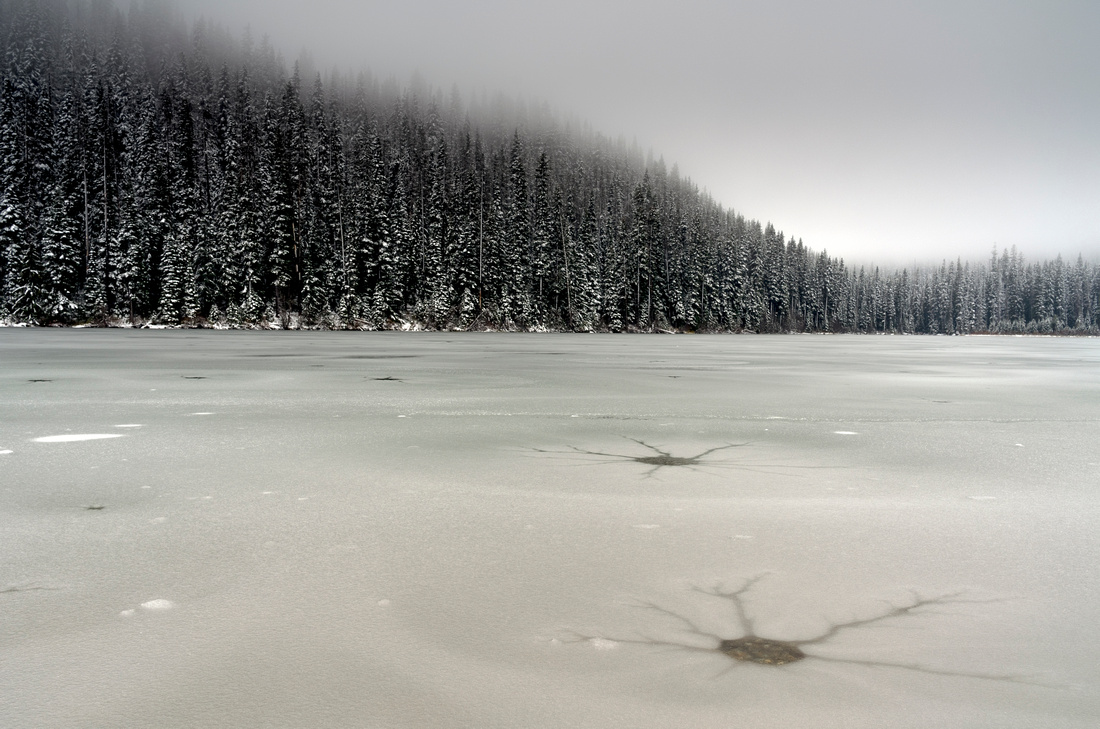 Overall a good trip, but if you are thinking of heading to the area I would wait another three weeks or so for a little more snow and maybe some better sunsets.  lol.

Lori Pederson(non-registered)
We discovered a new fun thing to do on a frozen lake. Throwing pebbles on the lake makes a really cool sound. You will have to bring some with you. In the fall when the lake was partially frozen we could still pick them up from the ground. Nice pictures...Your dog is cute! Love your wife's smile :)
No comments posted.
Loading...
Subscribe
RSS
Recent Posts
Fall drive in the Trent Hills and Ferris Provincial Park Rock Dunder Fall Colours Niagara Waterfalls Mini Trip A walk along a river Some Rural Shots from around the area. Photos from the back-yard in May 2021 Elliott's First Birthday!!! :) Country Roads Walk with Todd Prince Edward County Winter 2021
Keywords
wilde jason photography landscape island canada bowen vancouver bc forest
Archive
January February March April May June July August September October November December
© Jason Wilde Photography
Powered by ZENFOLIO User Agreement
Cancel
Continue